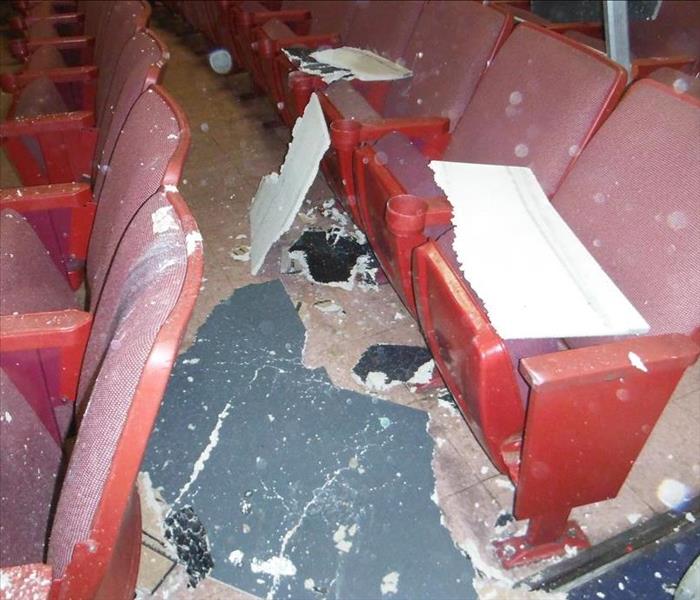 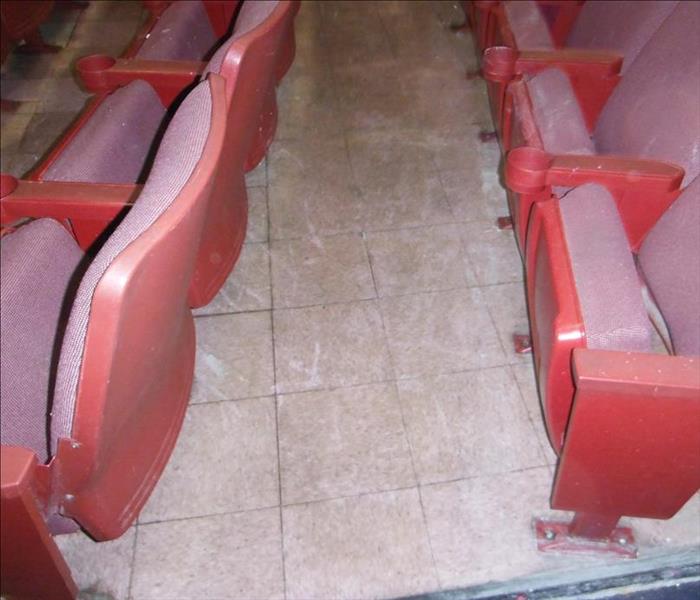 The before picture is the after math of kitchen waste from the food court upstairs backing up into the movie theatre below. The movie theatre was closed which causes one whole theatre to be down from people seeing a movie which in turn caused loss in profit. SERVPRO was called in to remove the ceiling tiles that were affected and also clean the areas that the debris fell down onto. All the seats were upholstery cleaned and disinfected before allowing customers to re-enter that theatre again. Drying equipment was also placed to speed up drying and also the movie theatre to open up quickly. The theatre opened again that evening.

View More Before & After Photos