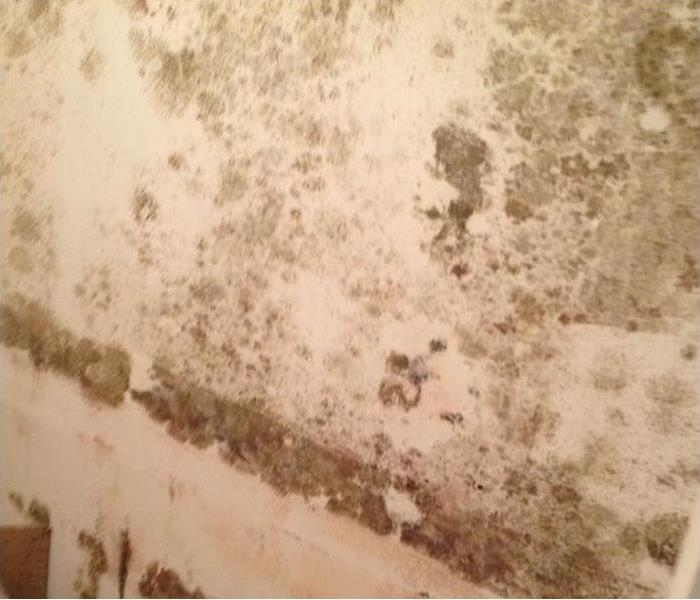 A leaking pipe while the homeowner was away caused this mold event. SERVPRO made it "Like it never even happened."

Hasbrouck House stands in Newburgh, New York, commanding a view of the Hudson River. The building and its grounds are fascinating to visit. Its location within Newburgh's 445-acre East End Historic District ensures visitors are also near other noteworthy homes and other buildings in the city, making for a busy and exciting trip.

What Is the Earliest History of the Hasbrouck House?

The home was the first built in what is now Newburgh. An original fieldstone farmhouse was erected in 1725. Subsequently, Elsie Hasbrouck purchased the property. After she deeded it to her son, Jonathan, and his wife, they built the current home in 1750 on the foundation still existing from the earlier building. The house centered on a large farm.

Did the Hasbrouck House Have a Role During the War for Independence?

General George Washington, who was the Commander-in-Chief of the Continental Army, used the home as his headquarters. Although Washington established other command centers during the long conflict, spanning April 1775 through September 1783, he called Hasbrouck House his base for the most prolonged period, near the end of the war. The General made many critical decisions and agreements vital to the future of the country here:

What Other Factors Set Hasbrouck House Apart as a Newburgh Destination?

The State of New York purchased the home in 1850. Proclaimed Washington's Headquarters, State Historic Site, the property was the first National Historical site, owned and operated publicly as a National Landmark. New York designated it as a state historic site in 1961. Known for architectural details such as the original "Dutch Jambless" fireplace, Newburgh's Hasbrouck house features furnishings reflecting Washington's tenure. The public can tour the home and the grounds, featuring:

Is There a Permanent Solution to Mold Growth and Structural Harm?

As the owner of a historic B&B in Newburgh, mold damage is a constant concern. You worry about the integrity of antiquated building materials and adhering to local lodging codes, as well as desiring a comfortable, clean, and fresh space for your guests. SERVPRO mold remediation follow EPA protocols:

SERVPRO of North Orange County has the skilled crews and specialized tools and products to manage current mold problems. Call (845) 342-3333 for an assessment, including tips on keeping mold at bay by drying vulnerable areas.